A Wide Angle View of Standards

END_OF_DOCUMENT_TOKEN_TO_BE_REPLACED

A Wide Angle View of Standards

My career began in 1992 when I joined Diamond Shamrock as an engineer at the McKee Refinery in the Texas Panhandle. While there, I had the opportunity to perform all facets of electrical, instrumentation, analyzer, and control system engineering as well as project management. This engineering breadth and depth gave me a strong technical foundation.

My first mentor encouraged me to get involved in professional societies and specifically in standards working groups. He told me that participation in standards development would help develop my technical skillset and professional network. Those words could not have been truer, as I developed friendships over my years in standards development with some of the smartest and best engineers I have known in my career—people who are always ready and able to share technical and career advice, ideas, and information.

I began participating in industry standards in the early 1990s within IEEE and API, followed by ISA, and, in the early 2000s, other standards organizations including PIP, NFPA, and IEC. By doing so, I was able to gain a detailed understanding of some of the key standards that make industry safer, more secure, and more efficient. At the same time, I could provide direct input into those standards that had a strategic impact on my organization’s bottom line.

Indeed, I can say from experience that executives who fail to recognize that standards impact their businesses do so at their own companies’ peril. Today’s global marketplace has evolved to a place where standards are competitive tools that define, limit, and create markets. The shift from national to global markets has made standards an essential component of overall business strategy—and if a company is not involved, it may well be forced to follow a path of technology evolution set by others, including its competitors.

A good example is a standard currently being developed jointly by the ISA84 and ISA18 committees that will have that type of impact across the process industries. ISA- 84.91.03, Process Safety Controls, Alarms, and Interlocks as Protection Layers, will apply to protection layers up to and including one order of magnitude (1 < RR < 10). This is a risk reduction of 10, which is the highest allowed in a basic process control system unless it follows ISA/IEC-61511. In essence, this new standard will substantially raise the bar for how these protection layers are managed.

With Nick Sands of DuPont, I have served as cochair of the ISA18 committee, Instrument Signals and Alarms, since 2003. Among its many accomplishments, ISA18 published a truly groundbreaking standard in 2009. ANSI/ISA-18.2, Management of Alarm Systems for the Process Industries, changed the world of alarm management with the introduction of activities grouped into the alarm management life cycle. A subsequent IEC adoption, which I was directly involved in, was published in late 2014, and ISA18 completed a new and updated version of the standard in 2016. I can truly say that my involvement and leadership in creating a standard and accompanying ISA18 explanatory technical reports that have found wide use in improving the development, design, installation, and management of alarm systems across the process industries worldwide is one of the highlights of my engineering career.

Please feel free, especially young engineers and others who are new to ISA, to contact me at donalddunn62@gmail.com with questions, ideas, and the like—including requesting information on how to get involved in industry standards development. If I don’t know the answer, I know plenty of people in ISA Standards and elsewhere where I can direct you.

This blog has been repurposed from InTech from February 2021. 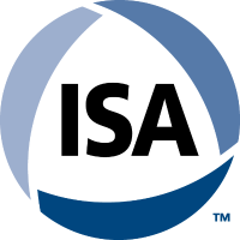 Donald G. Dunn is a senior consultant with WS Nelson, providing services to the refining, chemical, and other industries. He is currently a senior member of the IEEE and ISA and is also a member of the NFPA, API, and IEC standards development organizations. He co-chairs ISA18, chairs IEEE841 and 841.1, and is the convener of IEC 62682. Dunn served as the vice president of the ISA Standards and Practices Board in 2011–2012.